"This gripping piece of theatre takes the audience on a twisting, turning journey of truth ... ‘Powerful’ was the word which pinballed through the audience during the interval and collectively, they were right ... Writer David Martin tangles a dark web, writing with an authentic, knowing voice. It’s not all bleak as he throws in patches of dark humour – accurate professional condescension, a hint of Attachment Theory and fast-flowing self-deprecating introspection. This was a great piece of theatre. In terms of subject content, it was bang on the money and both skilfully and sensitively performed."

What the Audience Say ...

Adrian S: "Unwinding like a thriller the interleaving stories of The Ebbing Hour (@mission_theatre, @Softsod) keep you guessing who and what until the very dark, but nonetheless satisfying, conclusion."

Sam E: "Saw their production The Ebbing Hour last night. Transfixed by the acting and unfolding story. The audience were taken on an emotional journey. I will definitely go and see more of their productions in the future."

Ann E: “What a fantastic show! A gripping piece of theatre with the perfect blend of physicality, creativity and fine acting. An imaginative storyline - literally full of cliff hangers - unfolds during the play with as many twists and turns as undertaken by the agile actors. The simple, but effective scaffold staging is brilliantly employed to complement and enhance the storyline, and all credit must be given to the director’s (Jacqs Graham) vision. Whatever else you are doing try not to miss The Ebbing Hour."​

We are absolutely delighted to have cast such a talented team for The Ebbing Hour! A huge CONGRATULATIONS to Rosie Closs (The Woman), James Locke (Man Y), David Martin (The Therapist) and Nico Smith (Man x) who all came through the toughest of auditions to secure the roles. Check out The Team for more about our wonderful cast & crew! ​ 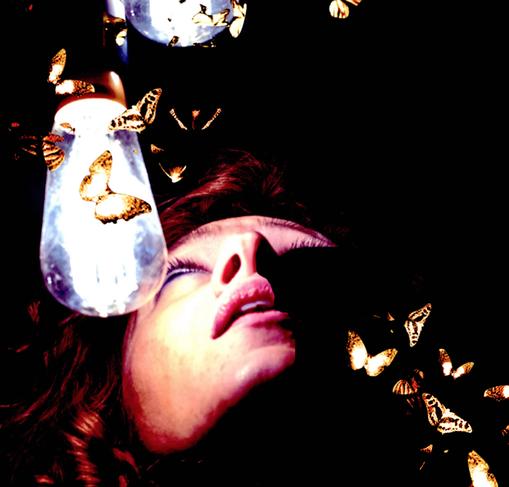 As the sun sets relentlessly over a chilling hillside encounter, a desperate therapy session ticks incessantly to a close. Before the end of the ebbing hour, a man and a woman must reveal their truths or suffer the unthinkable consequences. Story-telling of human fragility, loss and our enduring will to survive at its devastating best.

"An unflinchingly realistic portrayal of (humanity) worn to the core”, said Broadway Baby. “A provocative, fascinating and beautiful tale”, said Theatre Bath. Now two men on a hillside and a woman in therapy must confront their mysterious pasts before the ebbing hour elapses, maybe for the last time.

In an outstanding piece of original, physical and contemporary theatre, Softsod’s powerful drama is packed with depth, intrigue and pathos, alongside humility and humour to bring us slowly, expertly face-to-face with our own slender grip on reality.

The Ebbing Hour is our dynamic new drama, re-crafted into a single two-act play from our two previous one-act plays Fragile Man and UnSpoken, producing what is now a unique, best-of-the-best piece of theatre. Our Spring tour of The Ebbing Hour has now ended, but please check here for new dates being added soon.

Man Y: Male: A moody, dark, uncompromising character with a mysterious but undoubtedly tragic past, driven now to commit suicide. Uncommunicative and sinister, with a tendency to OCD, the man has a secret past and an unparalleled determination to hide it. The last thing he needs, as he ritualistically sets himself to die, is to have to explain himself to the hapless Man X; to defend himself against the inevitable. Maybe he can turn the tables? He's clever enough.

Man X: Male: A positive, likeable if somewhat erratic man, always keen to grow, improve and learn. An almost child-like demeanour belies a complex history, easily confused by his own deliberations. An excitable psychology lecturer, who has just returned to work after some mysterious time away, he comes daily to an isolated hill top to watch the sunset. It's in the ebbing hour of the setting sun that he finds peace and serenity. A peace that is about to be unceremoniously shattered. Can he endure the trial and stay without running for the hills?

The Therapist: Male. A deep, thoughtful, well educated man who has yet to learn that being an effective therapist is about more than being calm, smart and insightful. He must also learn to be human, open and above all, vulnerable; all the things he has spent the last 30 years avoiding. Tonight he has his chance, a chance he must take. It fills him with a strange mixture of dread and relief as he prepares to tell his story and save the day. In a desperate attempt to change the course of events unfolding before him, he chooses to ditch the facade and venture into unchartered territory; to become the man he's always wanted to be. Can he pull it off?

The Woman: Female: A nervy, smart and deeply troubled woman who is more than a match for her therapist. She has learned to twist and turn, physically as well as emotionally, to keep the wolves from the door, to hide her biggest fears and bury her hardest memories. She oscillates between her disconnected, hurt and fractured child and her quick-witted, biting and challenging adult, to the extent she threatens to overwhelm the session. But she is also as determined and courageous as she is disturbed. Driven by a single-minded desire to find her resolution. She needs answers, quickly, and she's just about to get them. Very alarming ones.