Author and producer David Martin says: "The feedback from our performances in Bath and Edinburgh was exceptional. People were visibly moved and absorbed by how the play handled the themes of mental health, psychological disturbance, guilt, abandonment and repression. Less noted, but just as present throughout the play, is the importance of your name and of belonging, the evanescence of love and the conflict of the very human need for both presence and isolation.

The hilltop setting for Fragile Man is perfect for the dramatic opening and allowed us to introduce plenty of metaphorical references; such as being on the edge, staring into the abyss, the fading of the light and the setting of the sun. However, the ‘real’ story is told through a series of flashbacks which take the men (and the many characters they portray) off the hillside and into a number of other locations in time and place. This shifting between the flashbacks and the hillside creates a real dynamic, with an original ethereal and dramatic soundscape, which helped transport the audience and project the story forward with great pace and poignancy. One audience member commented “deep issues, beautifully communicated”. Thank you - it’s our favourite!"​​

On an isolated hilltop, two men face their darkest secrets and deepest fears in a chance encounter destined to change their lives forever. An unsettling and insightful drama exposing two men's fight for truth, justice and survival.​

The play was selected as a Mervyn Stutter 'Pick of the Fringe' and became hugely popular with audiences across its run at the Fringe. Playwright David Martin says ”what started as an exploration of the hidden depths of male identity became a darkly mysterious, sometimes comedic and often moving journey of self-discovery. Relevant, thought-provoking and designed to resonate loudly with its audience.” He continues … “in the hands of our outstanding Director Jacqs Graham and alongside fellow creative and actor Richard Miltiadis, Fragile Man captured the very essence of the 2017 Edinburgh Festival Fringe, in a unique, well-crafted, edgy and evocative piece of theatre.” ​ 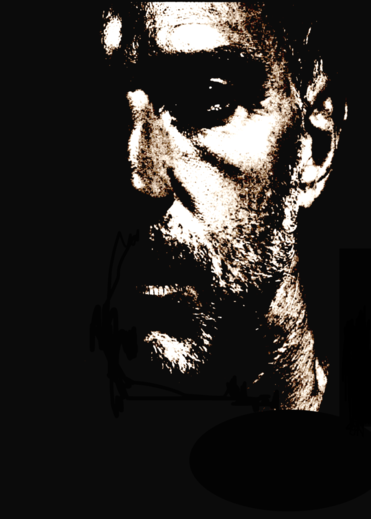 The play’s topical inspiration was initially drawn from the dramatic and shocking rise in Western male suicide rates, highlighting the stress and isolation of 21st century living. Further developed through improvised workshops, Fragile Man grew into an originally scripted drama focused on the difficulties that can accompany 'becoming me’ and the mental and emotional struggle we face to know our true selves. It's themes delve deeply into our shared experience of being human and take a new perspective on faith, guilt, self-preservation, our freedom to choose and the dawning reality of our own fragile existence.